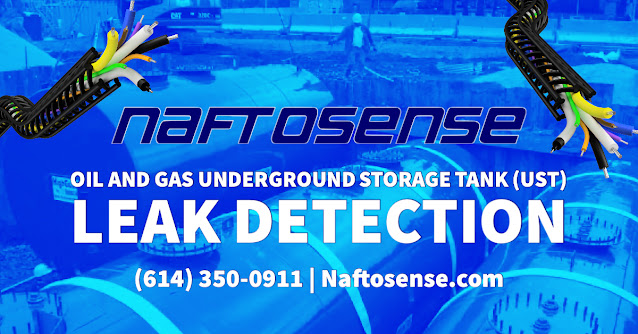 Gasoline, heating oil, and other liquid petroleum products, which make up most of the nation's fuels and energy supply, are frequently held in underground storage tanks or USTs. There are around 553,000 USTs that store petroleum and other hazardous materials in the USA. Leaking can have significant environmental and health consequences, including contamination of groundwater, which is the source of drinking water for over half of the population of the United States.
Corrosion around the base of oil storage tanks is common, resulting in leaks, product loss, and soil pollution. Because early identification of UST system leaks helps stop contamination from spreading from UST locations, the EPA requires UST system owners and operators to detect releases.
All regulated tanks and piping must have release detection, so the discovery of leaks happens fast before contamination spreads from the UST site. An owner must provide their UST system with release detection (often called leak detection). There is no single leak detection technology best for all locations or a single type of leak detection that is consistently the least expensive for USTs. Each method for detecting leaks has its own set of features.

Secondary containment separates the tank from the rest of the environment. The leak stays between the tank and the barrier, where the leak gets identified. A leak moves towards the interstitial monitor due to the form of the barrier.

Monitors for the Interstitial Space

Monitors used for sensing leaks between the tank and the barrier are interstitial monitors. They warn the operator if a leak is detected.  The physical presence of the leaked product, whether liquid or gaseous, is indicated by several detectors. A measuring stick, placed at the lowest point of the confinement to detect pooled liquid product, is an example of a simple monitor. For critical areas where safety and security are an issue, more sophisticated automated systems are available to check for leaks continuously.
Oil leaks in underground pipelines can be challenging to detect, but hydrocarbon leak detection devices from Naftosense provide an excellent solution. They continuously check for hydrocarbons in various situations. Their unique addressable sensing cabling is IP68 rated, meaning it will continue to function in high water levels and still pinpoint the source of oil leaks.
The Naftosense hydrocarbon leak detection system is perfect for airports and gasoline station storage facilities since it quickly detects and repairs any detected fuel, diesel, or jet fuel leaks. Small-volume hydrocarbon detection in mission-critical applications such as power generator rooms in data centers and other similar locations means you'll be able to detect a leak before any damage occurs, reducing downtime and costs.
Contact Naftosense for any hydrocarbon leak detection applications. Our customer service personnel are available and eager to assist you.
Naftosense.com
(614) 350-0911
Labels: hydrocarbons, Leak Detection, underground storage tank, UST
Newer Post Older Post Home